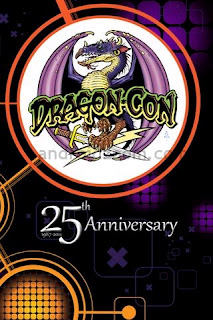 This year, Dragon*Con celebrates its 25th Anniversary on September 2-5, 2011, in Atlanta, GA. It’s the largest multimedia, popular culture convention focusing on science fiction and fantasy, gaming, comics, literature, art, music, and film in the universe! With so much programming, sessions and events; you literally can’t even begin to take all of Dragon*Con in, even with four days of effort.
I’m heading that way tomorrow for a day trip with all three of my grown children. This will be the first convention that we’ve visited at the same time since they were wee tykes. I’ll miss my usual traveling companions, brother David and buddy Burt, but hopefully the three of us will be back in the saddle again soon.

There are just too many comic book and celebrity guests to mention, so here are the six famous folks who I most hope to chat with while attending the 25th anniversary Dragon*Con: Ernest Borgnine, Eliza Dushku, Elvira, Tricia Helfer, Martin Landau and Laura Vandervoort. That group represents four of my previous "Gal" Friday favorites and two men who've logged more classic Hollywood appearances than damn near every other guest combined. Heck, these six alone were featured performers in genre shows such as Disney's The Black Hole, Buffy the Vampire Slayer, Battlestar: Galactica, Space: 1999, classic Mission: Impossible, Smallville, the relaunched "V" and well, Elvira. 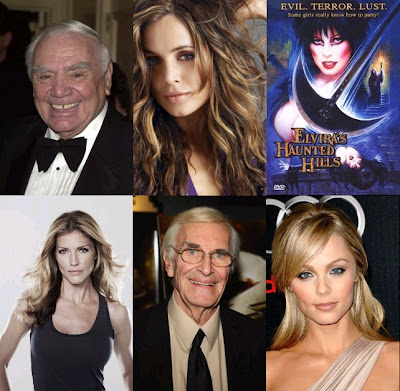 Wish me luck, and please say a quiet prayer for the unfortunate cosplaying females who will fall victim to my “grabassing” tendencies (just kidding). Maybe!
Posted by Chuck Wells at 11:28 AM