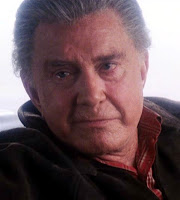 Academy Award winner Cliff Robertson (Best Actor; 1968) for his role in the movie Charly, passed away from natural causes on Saturday, Sept. 10, 2011 (the day after his 88th birthday). His final film role was a cameo as “Uncle Ben” in Spider-Man 3.
Robertson was personally chosen by John F. Kennedy to portray the then-Lt. Kennedy in PT 109. Some of his other films included Picnic (1955), Gidget (1959), Sunday in New York (1963), The Devil's Brigade (1968), Too Late the Hero (1970) and Three Days of the Condor (1975). He also appeared on television series such as The Twilight Zone, sci-fi series Rod Brown of the Rocket Rangers (1953–54) and he was the villainous gunfighter "Shame" on Batman.
In one of the biggest Hollywood scandals of the 1970s, Robertson was blacklisted for several years after he reported that his signature had been forged on a $10,000 check that was not due him. He learned that the forgery had been carried out by Columbia Pictures head David Begelman; it was several years before he finally returned to film in Brainstorm (1983). 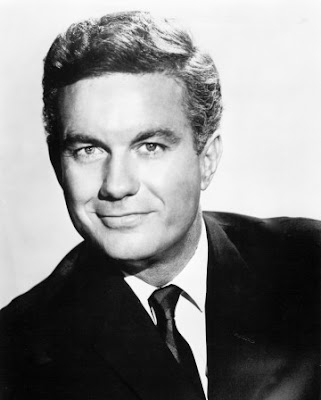 A certified private pilot who owned several de Havilland Tiger Moths, a Messerschmitt Bf 108 and a genuine World War II era Mk.IX Supermarine Spitfire MK923, Robertson was airborne and piloting a private Beechcraft Baron directly over New York City on the morning of September 11, 2001. He was directly over the World Trade Center, climbing through 7,500 feet, when the first Boeing 767 struck and he was subsequently ordered by air traffic control to land immediately at the nearest airport following a nationwide order to ground all civilian and commercial aircraft following the attacks.
The Catacombs extends its sincerest condolences to his family, friends and fans.
Posted by Chuck Wells at 9:20 AM

Fascinating information on Robertson. Thanks for sharing. Rest in Peace, Cliff.