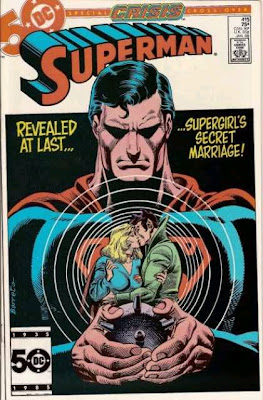 Eduardo Barreto, one of the comic industries flashiest stylists, has taken an unfortunate break from his syndicated comic strip "Judge Parker." A family member says that Barreto, a Uruguayan resident in his mid-50s, has meningitis. Barreto has been the features artist since 2006, and has also drawn for DC Comics, Marvel Comics and Oni Press. Among his recent releases is the Dark Horse Comics graphic novel "The Escapists," created with Brian K Vaughan, Philip Bond and Steve Rolston. Barreto is widely known for his 1980's work on "The New Teen Titans," "Superman" and "Batman," "Marvel Knights" and Dark Horse's "Aliens vs. Predator" and "Star Wars."
Barreto took over artistic duties for "Judge Parker" from Harold Ledoux in May 2006. Shortly after, he spent time in the hospital following a serious car accident and the Judge Parker strip needed to get a temporary ghost-artist during that period, including "Rex Morgan M.D." artist Graham Nolan and John Heebink.
The Catacombs sends its best wishes for a speedy recovery to Mr. Barreto and his family at this trying time.
Posted by Chuck Wells at 4:07 PM