Before she goes away for a legally imposed sabbatical, let's say a fond farewell to a "Classic Cutie" that most of us have seen, in one shape or form, through various media outlets. 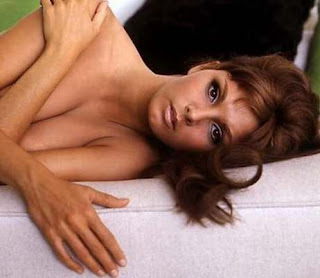 Victoria Vetri once turned down the voice dub (singing) for Natalie Wood in West Side Story (1961), not wanting to be known simply as a standby. She also auditioned for the title role in the Stanley Kubrick adaptation of Lolita, but lost the role to Sue Lyon. Using the name Angela Dorian, she was chosen as Playboy's Playmate of the Month for September 1967 and she was subsequently selected as the 1968 Playmate of the Year.
Her major movie credits include Rosemary's Baby and When Dinosaurs Ruled the Earth, but she had a longer career on television during the 1960s and 1970s, appearing in such classic TV series as Cheyenne, Wagon Train, McHale's Navy, Bonanza, Perry Mason, The Man from U.N.C.L.E., The Big Valley, Hogan's Heroes, Death Valley Days, Batman, The Courtship of Eddie's Father, Land of the Giants, Daniel Boone, Star Trek and Mission: Impossible. 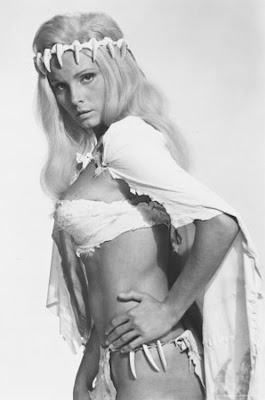 Sadly, Victoria Vetri (legally known as Victoria Rathgeb) was recently convicted and sentenced to nine years in prison after being charged with attempted murder. She allegedly shot her husband from close range inside their Hollywood apartment.

All I know is that back in the day, Victoria (or Angela) was one seriously smoking hot "gal"; so adios my dear. We'll fondly recall your glory days in the Catacombs, even as you are packed away for a spell. 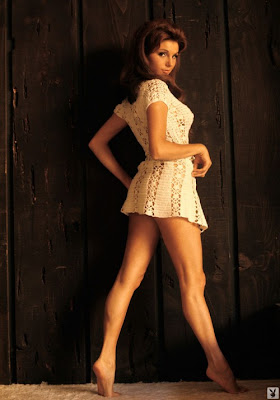 OK, so she plugged her husband from point-black range. Nobody's perfect. She lost her head for a moment, for heaven's sake. It isn't like she killed him or anything. He probably got a cool scar out of it, so really - who got hurt?

The most important thing, by far, is that she is really, really hot.

Why is it a "legally imposed sabbatical"?
Got hit with a DMCA notice? (I hate when that happens) :-(

Oops! Since you didn't explain the reason for the "legally-imposed sabbatical" line until the end of the article, I wasn't able to ascertain the reason for it.
And with various media sites being hit with "copyright infringment" notices, believing that some over-zealous lawyer had jumped the gun again.

You have a great blogsite chuck, and I like your story on this poor tale of Hollywood tragedy gone wrong.

When you have the time, check out my website - http://www.comicbookandmoviereviews.com/ - and maybe you would consider some sort of link exchange?

I'm not sure if you're being sarcastic, Mykal. Good one!

Hot Playmates always earn the appreciation of the Catacombs, provided that I'm not standing down range of their wrath.