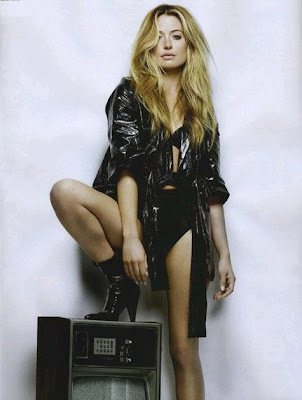 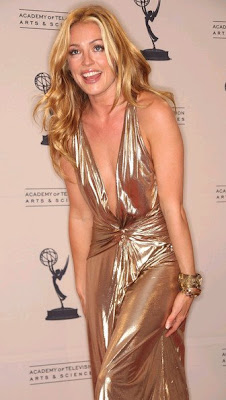 Catherine Elizabeth "Cat" Deeley (born October 23, 1976) is a British disc jockey and former fashion model. She began hosting the second season of So You Think You Can Dance in 2006, replacing the original female reality talent show host.
Deeley often lends her time to the Great Ormond Street Hospital, a children's hospital in London, and divides her time between her homes in London and Beverly Hills. Ms. Deeley isn't the bustiest chick that I've profiled in the Catacombs, but she is one tall (& lovely) drink of water for us desperately deprived fans of sexy British women.
I don't follow the talent show that she hosts, but sadly the trio of estrogen-Valkyries at my hacienda does. At least at those times when I must pass through that portion of the house, it's nice to know that there is something at least worth checking out for a few moments when that show is on the telly.
[Photo (right): by F. Brown/Getty Images]