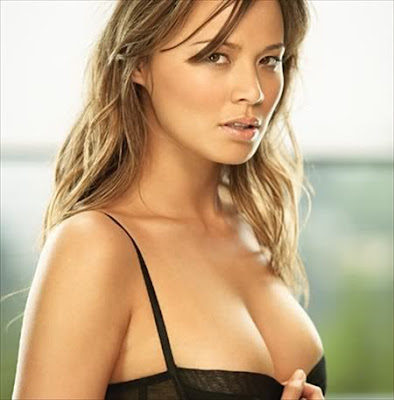 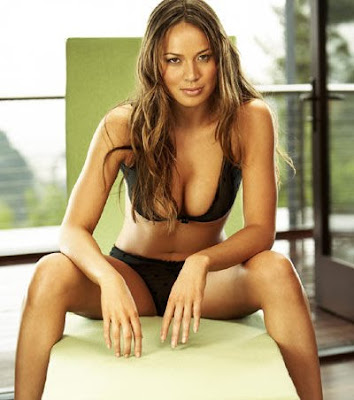 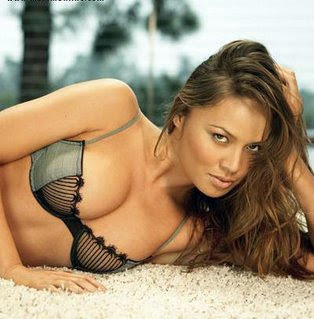 Exotic beauty? Check. Slate of genre roles? Check. Attention of the Catacombs? Definitely!
Moon Bloodgood guest starred on this weeks episode of the Fox television network series "Human Target" (based on the DC Comics property). If for nothing else, I've grown to appreciate Human Target for its penchant for featuring some of the hottest chicks in Hollywood.
Ms. Bloodgood also appeared on TV science-fiction dramas Day Break (2006-2007), where she portrayed the girlfriend of a detective who was framed for murder and arrested in the span of a day, but continually found himself reliving that same day and as Livia Beale in Journeyman on NBC. She was in the films Eight Below, Pathfinder, Street Fighter: The Legend of Chun-Li and starred as Blair Williams in Terminator Salvation, the fourth film in the Terminator series, plus she reprised her role in the video game and prequel series of short films Terminator Salvation: The Machinima Series. In 2009 she joined the cast of the show Burn Notice in its third season, as Detective Michelle Paxson and she will be starring on TNT's untitled alien invasion pilot produced by Steven Spielberg. Bloodgood also provides the voice of Uriel the Archangel in the video game Darksiders.
For the benefit of red-blooded Americans of all persuasions, Moon Bloodgood appeared on the cover of the June 2009 issue of Maxim in a string bikini. While I could care less about the sport of basketball, it is worth mentioning that Moon is a former Laker Girl (just for the image it conjures in your mind). Aah!
Posted by Chuck Wells at 8:23 AM

A fave of mine since I saw her in the fun Pathfinder and the excellent Journeyman series.

I was beginning to wonder when we were going to see her in Human Target as I recognized her in the ads for the series back when it first started.