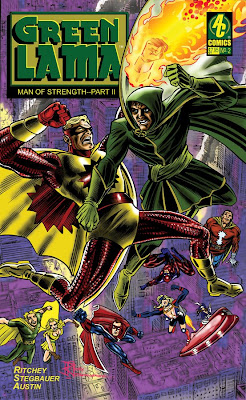 The cover looks awesome. Recognize Atoman and Magno, none of the others.

Lower left looks like Golden Lad, and I believe that a couple of them are Sentinels of Justice members Paragon and the Scarlet Scorpion (is that the right name?).

The others I am not sure about.

Back to work, now!