Seduction of the Innocent and the Comics code Authority (Part IV) 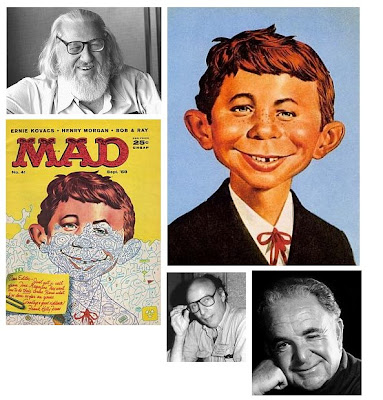 Bill Gaines' testimony before the Senate Subcommittee on Juvenile Delinquency in 1954 achieved notoriety for his unapologetic, matter-of-fact tone, and Gaines became a boogeyman for those wishing to censor comic books. After Gaines was negatively depicted by the national media as America's foremost amoral publisher, by 1955, EC Comics was effectively driven out of business by the backlash, and by the Comics Magazine Association of America, the very group that Gaines himself had suggested to insulate themselves from outside censorship, but he lost control of the organization to John Goldwater, publisher of the innocuous Archie Comics. The Comics Code that was approved and adopted by most of the country's prominent publishers contained restrictions specifically targeted at Gaines' line of horror and crime comic books. Although he had already ceased publishing his line of horror comics, Gaines refused to subscribe to the code, considering it in many details to be hypocritical, and not applicable to the new, clean line of realistic comics he was at the time promoting. This refusal, together with his already tarnished reputation, put EC on the verge of bankruptcy. Although Gaines soon relented and accepted the code, distributors refused to pass his titles along to newsstands. The damage was done, and Gaines abandoned comic books completely. He chose to concentrate his business on EC's only profitable title, Mad, which had recently changed format. After distributor Leader News went bankrupt in 1956, EC was left with over $100,000 in unrecoverable debt. Gaines invested a considerable portion of his own personal fortune to keep the company alive until a deal could be made with a new distributor.
The last surviving title from the critically acclaimed EC Comics line, Mad magazine offered satire on all aspects of American life and pop culture, politics, entertainment, and public figures. Its format was divided into a number of recurring segments such as TV and movie parodies, as well as freeform articles. Mad's mascot, Alfred E. Neuman, is usually the focal point of the magazine's cover, with his face often replacing a celebrity or character that is lampooned within the issue.
Gaines converted Mad to a magazine format in 1956 in order to retain the services of its talented, but eclectic editor Harvey Kurtzman, who'd been receiving offers from elsewhere. Although the change enabled Mad to escape the strictures of the Comics Code, Kurtzman would leave Gaines' employ a year later anyway, but Gaines went on to a long and profitable career as a publisher of satire and enemy of bombast. Mad became a cultural phenomenon!
Although Mad was sold for tax reasons in the early 1960s, Gaines remained as publisher until the day he died and served as a buffer between the magazine and its corporate interests. In turn, he largely stayed out of the magazine's production, often viewing content just before the issue was scheduled to be shipped to the printer. "My staff and contributors create the magazine," declared Gaines. "What I create is the atmosphere." He was well regarded by his staff members for his grand sense of humor, loyalty and generosity.
Posted by Chuck Wells at 8:08 PM

You wrote an excellent essay of the turn of comics and of the EC/MAD history. Keep up the good work.