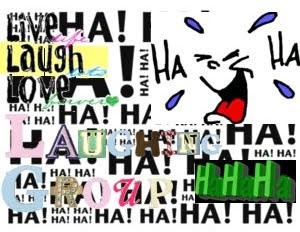 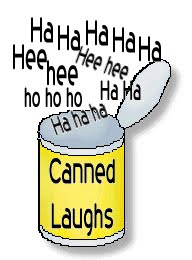 Laugh Track - A laugh track, laughter soundtrack, laughter track, LFN (laughter from nowhere), canned laughter or a laughing audience is a separate soundtrack made to be inserted into tv comedy shows or sitcoms.
From Newsarama (but featuring LFN; see definition above):
"This morning, on the DCU blog The Source, kicked off a week of major announcements with a new publishing initiative and yes, a new Earth.
How to cast aside the continuity-heavy past of their major characters {As if they didn't already do this quarterly} and offer an easily accessible version of Batman, Superman, and others to new readers has been a question that plagues not just DC but other companies with established universes as well. DC's solution comes in the form of Earth One, a series of ongoing graphic novels. - LFN
These are all-new stories presented as book-size tales, rather than single-issue magazine length stories. They feature a continuity that will be shared amongst the line, and is all-new to DC's comic books as a whole. The first two announced books are the natural starting points, Superman: Earth One and Batman: Earth One. Both books will focus on a revised origin {Is there even such a thing as an "origin" these days?} and "early years" story featuring the titular characters, with updates being made for today's time period and audience. - LFN
Superman: Earth One will be written by J. Michael Straczynski - LFN - and drawn by artist Shane Davis. Batman: Earth One comes from scribe Geoff Johns and artist Gary Frank, the team whom are currently in the midst of re-establishing Superman's origin {See previous comment; snicker!} in the core DC Universe, the one that acknowledges the past 70 years of story to varying degrees. - LFN
In a first interview with AintItCoolNews.com, both JMS and Johns note that while these origins are oft-told stories {Guffaw!!!}, they hope to see things with fresh pairs of eyes, and being free of continuity is offering a truly new experience for readers." - LFN, frickin' hardy-har-har! It's apparently DC's turn to host the worlds largest gerbil wheels, but Marvel gets them back in January!
Posted by Chuck Wells at 2:39 PM

I don't know about DC, you certainly had me laughing with this one! Really? JMS has had such a great track record in the last couple of years that they are going to let him helm what could essentially be an Ultimates relaunch for DC? I guess DC wasn't reading his run on Thor (but then again, who was?)