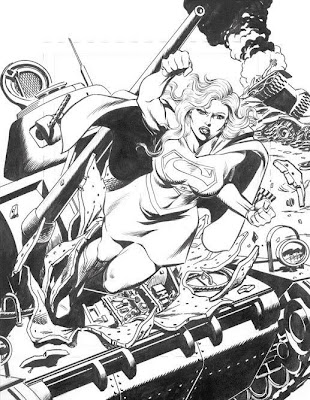 Richard "Rik" Levins passed away June 12, 2010 at the age of fifty-nine from cancer. Levins was best known for his solid work as an artist on Captain America, where he worked with writer Mark Gruenwald for over three years (1991-1994) and The Avengers (for Marvel). Other titles that he contributed to included Americomics and Femforce (for AC Comics), XO Manowar, H.A.R.D. Corps and Solar: Man of the Atom (all for Valiant), among others.
The Catacombs expresses its sincerest condolences to his family, friends and fans. Rest in Peace!
Posted by Chuck Wells at 10:05 AM