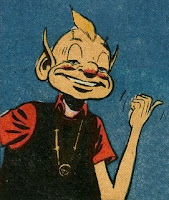 Honestly, this is less review and more commentary, but that's the way it is. Writer Greg Pak is ending his five-year tenure writing The Incredible Hulk with a six-part story entitled “Heart of the Monster,” which began in #630. The arc finds the Hulk dealing with a mysterious event that pushes him over the edge, alongside the extended family that has come together over the last year: Skaar, Red She Hulk, A-Bomb, Amadeus Cho and She-Hulk. There are also some prominent cameos throughout this storyline.
Over the course of "Heart of the Monster", the Hulk has been trying to determine whether he's a hero or a monster. This story is supposed to wrap up existing plot elements like Hulk's relationship with his patchwork clan, even as it reintroduces familiar allies and old enemies.
Artist Paul Pelletier has really been cooking with gas over the course of “Heart of the Monster” too, which is great since Pelletier only became the regular INCREDIBLE HULK artist with #618. The kind of coherent storytelling evident in this arc was severely limited at the start of his run by too much cross-pollination between the various Hulk titles involving Planet Hulk, World War Hulk, etc. Plus a slate of unfortunate fill-in artists badly broke-up the flow that they had going on the book, yadda, yadda, yadda. 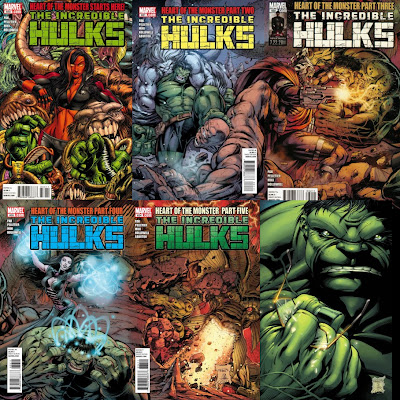 I get the whole “write for the trades” mentality, but the dumbasses that run the big two these days, refuse to focus their ongoing mainstream books on “serialized” adventures that are solely self-contained. You know, like it used to be, and definitely is in Pak’s final outing with old Greenskin.
While there’s still time to grab these fun issues off of the racks, and I recommend that you do so, it remains to be seen if Pak & Pelletier are truly crafting a “real” ending for the venerable Incredible Hulk series that is true to the classic character. Sadly even as these guys are turning in one of their strongest efforts to date, the series is set be rebooted with a new creative team in a couple of months.
Posted by Chuck Wells at 12:55 PM