Editorial Diatribe from the Catacombs: Siegel's vs. DC 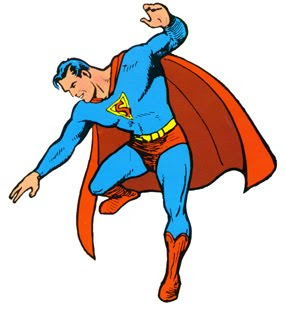 DC Comics has fired its previous lawyers from the Weissmann Wolff Bergman firm and brought in big box, Los Angeles attorney Daniel Petrocelli to handle the Siegel Family's lawsuit for their rights to the character of Superman. Petrocelli is known for his work in several high-profile trials, including defending Enron CEO Jeff Skilling in a case that reached the Supreme Court and helping the Ron Goldman family win a multi-million dollar judgment against OJ Simpson, Petrocelli successfully defended the Walt Disney Company in a long-running intellectual property dispute over the royalties from Winnie the Pooh.
Time Warner’s decision to bring in a major litigator as its new counsel seems to suggest that the company does not expect to reach a settlement with the Siegel family in the foreseeable future. This could also be seen as a negotiation tactic, not unusual for a party in a lawsuit to involve a big name counsel as intimidation for a seemingly intractable opponent.
Regardless of the ramifications of this action, it's yet another example of a corporate entity being all-too willing to shell out big bucks for anyone other than the original creator of a property (or their legal heirs). Sad, contemptible and just too typical of American business practices!
Posted by Chuck Wells at 10:47 AM

An interesting show, 'American Greed', covers stories like this on a weekly basis.

One thing positive ? These CREATORS, like Siegel & Shuster, Jack Kirby etc., continue to have their NAMES remembered, keeping their legacy alive, and, more importantly, making them more powerful as they approach the status of being Martyrs~!