Editorial Diatribe from the Catacombs: The Howl of Rage or Love? 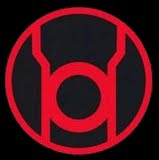 Most weeks there is at least one day when I'm just not sure what to "blog" about. I usually let my mood inspire me, surf the web or thumb through back issue boxes until something sparks my imagination, or finally pray for divine intervention. Granted the ramblings of a minor comic book blog probably aren't worth that level of angst, but my job is fairly light of daily woes, and although my grown children simply refuse to act like responsible adults on most days, that is often the reality here in the Catacombs. On one of "those" days!
In all fairness, I should probably mention that I just blew up at my progeny after their latest manifestation of group apathy, and that event has prompted this particular segue. You see, my "kids" are all currently in college, are of college age or are soon to be college bound, but none of them will take even the least bit of responsibility for themselves.
I literally busted my arse yesterday on the back half of a holiday weekend. I washed eight loads of laundry including folding, hanging up and putting away. I also cooked a roast & vegetables in a slow cooker and carried several loads of discarded holiday packaging, boxes, etc. to the dumpster. Later on I dressed the beds that had been stripped that morning and cleaned up the kitchen and started the dishwasher. Every bit of that in full view of my dear children and not once did they offer to help the old man out. I didn't watch a single football game!
My youngest sat in her unmade bed surfing the web on a laptop, my oldest sat texting her out-of-state boyfriend and watching television, and my son prepared to go out with his lovely girlfriend on an all-day shopping trip. Nobody made any effort to assist me despite the sweat pouring off my brow on a cold January day. Of course having already lost the battle with them on numerous occasions, I was just observing their behavior throughout the day, and ended up still willing to let it all go. I am - this close - to having them all comfortably out on their own, and although that is not my end-all-be-all, I certainly am beginning to appreciate my real impending bachelorhood. I really don't have the desire to throw them under the bus by kicking them out, but what is a poor schmuck to do when his own children aren't willing to lift a finger.
Well, I will tell you. All you have to do is come home from work the very next day, and go to lay down for a brief nap - before cooking supper for the entire gang - only to be denied that little pleasure due to your bed being trashed, and the entire house piled back up with a single days mess.
[Here I would be remiss in not mentioning that the level of profanity that I hurled at the trio of dazed youngsters would make the whole "shock & awe" mindset look tame in comparison.]
Yep, continuing my housecleaning campaign would be futile, since it appears to require starting back at square one. At least that was likely what they were expecting. I was forced to inform the younglings that supper was their responsibility and that my home had better be restored to working order before I returned. (Hint: I'm not going back until bedtime!)
Which brings me to the days comic book angle. DC Comics has started to roll out some new projects for 2011 including launching a "Red Lanterns" series featuring the titular Corps of blood-spewing, anger-driven villains from Green Lantern and the seemingly endless Blackest Night/Brightest Day brouhaha. The currently planned series, which has not yet seen an art team or start month announced, will be written by Peter Milligan. In fact even the exact title of this new monthly doesn't seem to be finalized, and the book may or may not be ready by summer in order to take advantage of DC and Warner Bros. "Green Lantern" movie promotion and Warner Animation's upcoming Green Lantern animated series in which the Red Lanterns are the primary villains.
This book is a bad idea folks! I shy away from making resolutions on the first of January because they usually seem so unattainable, but I am increasingly having no problem buying less and less product from either DC or Marvel. Mark Twain once said,“When angry, count to four. When very angry, swear.”
This new announcement may not have left me as riled up as my lazy children did a short while ago, but the folks running the "big two" keep pounding the nail deeper into the festering wound that they've turned their own industry into, and that is all I have to say about that.
Posted by Chuck Wells at 5:00 PM

I just can't figure DC out anymore. The Blackest Night bullcrap is like trying to follow James Joyce, and the art sucks into the bargain. Stupid, ugly, bloody, violent, vaguely perverted, half-hip trash. Not to mention the need to purchase half the DC cataloge to follow a "storyling." I gave up on DC a while ago. The fact that this company owns the rights to Superman is a cardinal sin. I assume the entire house will have to burn down before anything can be salvaged in the dregs.

Chuck, take comfort in the thought that one day your grandchildren will be doing to your kids what they are doing to you.

As twisted as it probably sounds, I hope that I live to see that. Thanks, Pappy!