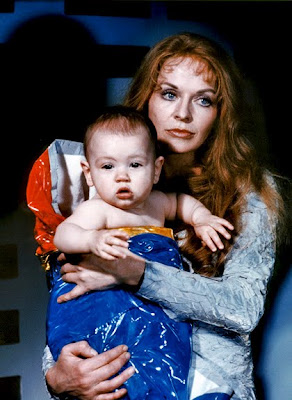 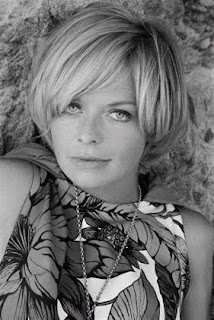 Susannah York died from advanced bone marrow cancer yesterday, a mere six days after her 72nd birthday. Genre fans know Ms. York for her role as Lara, the doomed Kryptonian mother of Superman in Superman The Movie (1978; pictured above) and two sequels, Superman II (1980) and Superman IV: The Quest for Peace (1987).

Of course, she had extensive stage and screen credits including Tom Jones (1963), A Man for All Seasons (1966), The Killing of Sister George (1968) and Battle of Britain (1969). She famously snubbed the Academy Awards, regarding her 1969 nomination for They Shoot Horses, Don't They?, declaring that it offended her to be nominated without being asked.

She also earns some “cool” props for having been expelled from school at age thirteen, after owning up to a naked midnight swim in the school pool.

The Catacombs extends its condolences to her family, friends and fans.
Posted by Chuck Wells at 11:05 AM