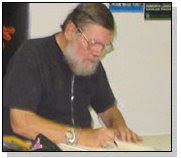 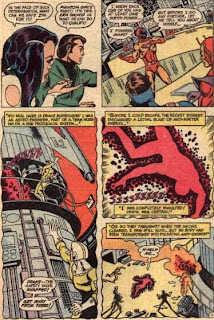 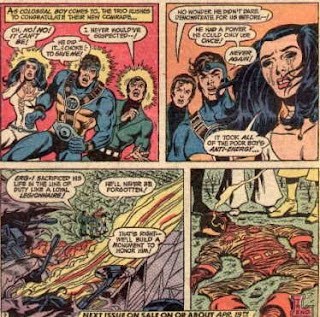 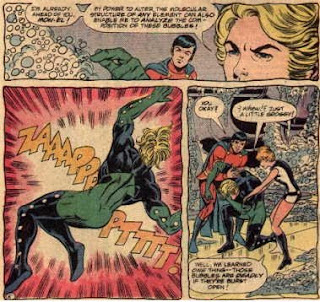 Hard to believe that Dave Cockrum has been gone for almost a year now, but since it was announced on Newsarama today that legendary writer Jim Shooter will be returning to script new tales of DC Comics The Legion of Super-Heroes [a title that he first penned when he was a mere 14 years old], it got me reminiscing about old Dave and his spiffy 1970's run on Legion. Just prior to his historic work on Marvel Comics X-Men, Cockrum redesigned many of the staid costumes that the youthful Legionnaires had worn since their introduction in Adventure Comics #247 (April 1958).
Cockrum's work made such a splash that it is still being felt today, he even participated in a memorable homage to his Legion work at the "Distinguished Competition" by premiering the Shi'Ar Imperial Guard [a Legion knockoff] in his final issue of X-Men; before being replaced by John Byrne.
I'll happily go on record and state that I truly love Dave Cockrum's work whether it's his X-Men, Blackhawk, Avengers, Futurians or most specifically his wonderful Legion of Super-Heroes. I was most fortunate to see him on two separate occasions when he appeared at Heroescon in Charlotte, NC and prior to his untimely death last year. Dave Cockrum set the bar very high with his Legion stuff and nobody has ever come close to equalling it.
Posted by Chuck Wells at 10:38 AM