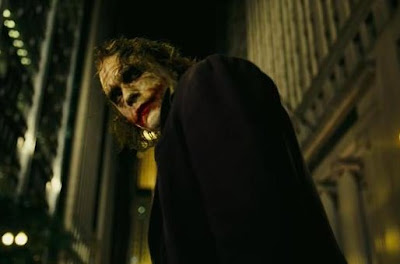 The late Heath Ledger won his second posthumous award for his iconic performance as the Joker in "The Dark Knight", when he received the Screen Actors Guild award for Best Supporting Role in a Motion Picture. Ledger's co-star Gary Oldman accepted the prize on behalf of the late actor at the SAG Awards ceremony in Los Angeles.
The win puts Ledger a step closer to becoming just the second performer to win a posthumous Academy Award. Oscar buzz has been flying over Ledger's performance since before his death from an accidental prescription drug overdose on January 22 of last year. Ledger now looks certain to receive the supporting-actor Oscar on February 22, 2009.
Posted by Chuck Wells at 8:17 AM