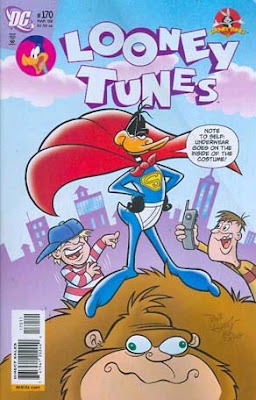 I had a pretty decent weekend. Battlestar: Galactica returned on Friday night, after a year-long furlough, to run out its final ten episodes, and the reveals were stunning and numerous. I missed this top-rated show, and despite my extreme irritation at the NBC execs who forced us to wait a year for these last few shows, B:G returned in top form with a terrific twist or two.
I also made a long overdue pilgrimage to Lexington, NC for a fantastic barbecue feast at Speedy's BBQ (highly recommended) if you find yourself in that neck of the woods. Chopped pork barbecue, spicy red BBQ slaw, crispy fried hush puppies, sweetened iced tea, man-oh-man, you just can't beat it guys. Hate that you missed out!
Of course, that trip was simply one leg of the entire journey. My companions and I also stopped by Shelton Drum's Heroes Aren't Hard To Find store in Charlotte, NC for his "Heroes Mini-Con" (just down the street from Heroes headquarters). It was the 32 year of such shows sponsored by the super-nice guy who hosts the popular, annual Heroes Convention - also in Charlotte.
As a heads up for tomorrow (or the next day), it looks like I will be hosting (courtesy of THOIA) a nice comic book adaptation of a classic Edgar Allan Poe tale, but I'm gonna make you wait until then to see which eerie story it actually is.
For now I would like to praise the fine folks at DC Comics for keeping all-ages comics alive in the form of their excellent Looney Tunes, Scooby Doo and Cartoon Network titles. I pick some of these up from time-to-time and no matter which book I buy, the end result is always a nostalgic smile on my face. Looney Tunes #170 features a trio of Daffy Duck stories (plus a couple of shorter features) that are reminiscent of the old Warner Brothers cartoons upon which this series is based.
Daffy Duck stars in “Stupor Duck Sores (Ouch!) Again” by writer Bill Matheny, penciller Walter Carzon & inker Ruben Torreiro and “The Adventures of Stupor Duck: Crisis in Coin-Op! ” by writer Frank Strom & artist Mike DeCarlo; co-starring Porky Pig and again in “Mistooken Identity” by writer Frank Strom, penciller Walter Carzon & inker Ruben Torreiro; co-starring Bugs Bunny.
This book is well deserving of higher sales than the quarterly charts indicate, but kudos to DC for keeping it on the stands.
Posted by Chuck Wells at 9:08 AM