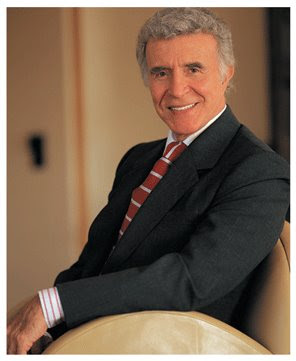 It's tough to lose two notable genre actors within the space of just a couple of days, but both of these talented gentlemen [Patrick McGoohan died Tuesday] elevated their craft beyond simple acting.

(AP) -- Ricardo Montalban, the popular Mexican-born actor who became a star in splashy MGM musicals opposite Esther Williams in "Fiesta," "On an Island with You" and "Neptune's Daughter" and later as the wish-fulfilling Mr. Roarke in TV's "Fantasy Island," died from complications of advancing age Wednesday morning at his home at the age of 88.
Montalban had been a star in a string of Mexican movies before MGM brought him to Hollywood in 1946. More recently, he appeared as villains in two hits of the 1980s: "Star Trek: The Wrath of Khan" (reprising a role he originated on the 1960's sci-fi classic) and — in line with his always-apparent sense of humor about himself — the farcical "The Naked Gun: From the Files of Police Squad."
Montalban had better luck after leaving MGM in 1953, though he was usually cast in ethnic roles such as a Japanese kabuki actor in "Sayonara" and an Indian in "Cheyenne Autumn." His other films included "Madame X," "The Singing Nun," "Sweet Charity," "Escape from the Planet of the Apes" and "Conquest of the Planet of the Apes."
In 1944, Montalban married Georgiana Young, actress and model and younger sister of actress Loretta Young. Both Roman Catholics, they remained one of Hollywood's most devoted couples. She died in 2007. The couple had four children: Laura, Mark, Anita and Victor. Condolences go out to his family, friends and fans.
Posted by Chuck Wells at 7:44 AM