[Update] "Whats going on with The Twelve?" 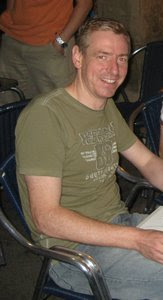 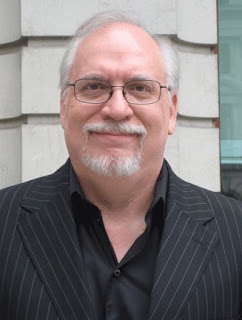 Apparently a statement by Marvel Comics Editor-in-Chief Joe Quesada WAS issued a few weeks ago that addressed the fate of their popular mini-series, The Twelve.
"THE TWELVE has momentarily become a casualty of the success of its creative team. First JMS became one of the most sought after writers in Hollywood following the release and success of the film he wrote, CHANGELING.Then, Chris Weston signed on to do conceptual art and storyboarding for a completely separate film project at around the same time! So for the moment, while they still pick away at it, THE TWELVE is on hold until such time as Joe and Chris free up from their incredibly hectic schedules. "
Fans of this series have to face a few facts. J Michael Stracynski created one of the best sci-fi television series of all time in Babylon 5, but since its demise in November 25, 1998, JMS has been writing for several comic book publishers (DC Comics, Top Cow/Image Comics & Marvel Comics). On his personnel blog, artist Chris Weston lamented his lack of sufficient income for many long months, and then happily reported the "extra" projects that had begun rolling in - due to the success of The Twelve.
At least Straczynski was biding his time for Hollywood to embrace him all over again. Weston may score some cool storyboarding assignments or design work, but his fans have to wonder if he plans on continuing to draw comics.
Regardless, it is apparent that neither of these guys really care about the dollars that fans have spent on the comics that they've been working on. One can only assume that these guys think they've been slumming.
I was and remain a huge fan of B5, and I was becoming a fan of Chris Weston's artwork, but I am bitterly disappointed in the utter lack of professionalism shown by Straczynski, Weston and Quesada over The Twelve.
There is only one thing that I can do in response. I will NOT buy further issues of The Twelve, no matter when they eventually reach stores. I will also never purchase any comics work by either of these gentlemen. They have no class!
I recommend that every fan of The Twelve follow suit and let Marvel Comics know how they feel about this insult. Joe Quesada should really step up to the plate and hire other comics professionals to complete this series in a "timely" (hint: pun intended or in-joke - take your pick) manner. Thats what an effective editor-in-chief does when both he and his readers have been burned by louts like Straczynski & Weston.
Oh yeah, Straczynski & Weston are the two losers whose images are floating air biscuits above right.
Posted by Chuck Wells at 6:05 PM

Yeah, heaven forfend that any of these men do right by their families by forsaking freelancing for comics, and take decent paying work instead. It's not like those kids deserve new school uniforms anyway!

Mark, I almost didn't post your remark, because I really don't know what the hell you are talking about, but ....

It seems that there are always plenty of fans who want to play the role of apologists for some comics professionals who act in the manner that JMS & Weston have done with 'The Twelve'(and they aren't the only ones who do this these days).

Do you have any idea how little pay and/or benefits earlier generations of comics creators received, often for producing far larger bodies of work on a monthly basis? I don't think so!

What I am decrying in my post is the prima donna mindset that serves as the trump card for too many top creators these days. If the pay (& volume bonuses) that these men earn for signing a contract is so low that they "may" have to bail out early on a project to go "grail-questing" for a better paying gig, then explain to me why the hell they signed on the dotted line in the first place? Why do they appear at conventions or blog about their projects online to promote this stuff? Why do the publishers so heavily market it to the public (including guys like you who don't give a shit when stuff actually comes out)?

If this retort sound a bit harsh, then forgive me, I just got into a similar debate with a working pro over the weekend over this very subject. Of course, he toils in independents, and hasn't worked for either of the big two, but despite being a talented guy and having a following for his admittedly smaller body of work, he thinks that this type of behavior is understandable.

The "growing roses" mindset doesn't hold water. You can't possibly believe that Straczynski is suffering financial deprivation due to his work at Marvel, He just scored a major hit with his scripting assignment for "Changeling" and suddenly offers are pouring in, check online or pop in at his forum. Comics may have carried the guy for a few years, but Hollywood is where he wants to be. And don't forget those residual payments for Babylon 5, or the DVD' sales percentages, or any of his other TV credits (his entire body of work is safely within the modern age when profits from repeated broadcasts tend to be part of the package). Weston may get some storyboarding work, like that which is preventing him from continuing with 'The Twelve' at the moment, but he can only burn bridges with fans & publishers)if he intends to continue working in the industry - by bailing out in such a manner.

'The Twelve' was a very hot property over the past year, with multiple reprintings, if that ain't sufficient income, then why is anyone working in comics?

I too am disappointed by the fact that they dropped the ball on the Twelve and i don't think it was a very professional thing to do, but at the end of the day it's just comic books so life goes on.