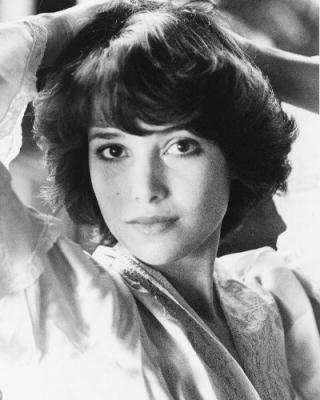 Since Wednesday is traditionally considered "hump day" during the work week, I thought that I would research one of the many pretty faces that I fondly recall from my wayward youth as a total genre fan.
Janet Margolin made about a dozen motion pictures and appeared in many classic television shows. I especially liked her in Gene Roddenberry's Planet Earth in 1974, which was the second attempt to launch a sci-fi series built around the concept of a 20th century man who was revived from suspended animation in a post-apocalyptic future. Margolin played a character named Harper Smythe, alongside lead actor John Saxon, who was part of an organization called PAX; scientists who were trying to salvage the best knowledge of mankind for the betterment of all. (She took over the role which had been originated by Lynne Marta in the earlier, Genesis II.)

Sadly, Janet Margolin died of ovarian cancer at the young age of 50 on December 17, 1993. Her last movie role was in Ghostbusters 2.
Posted by Chuck Wells at 6:48 AM

ah, comics and babes. really, life don't get much better than that. great site you got here, sir. i shall most definately be checking back in.