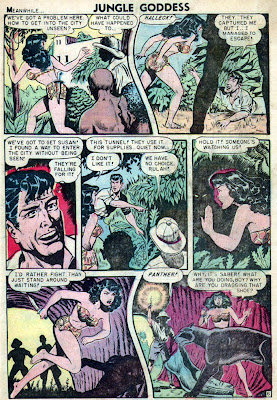 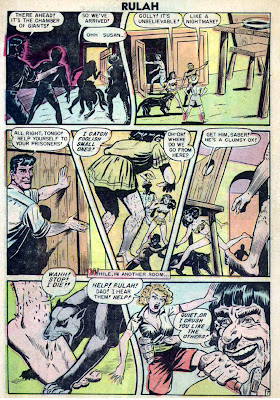 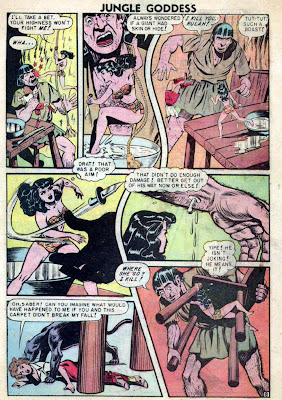 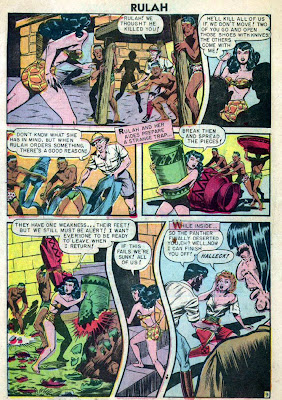 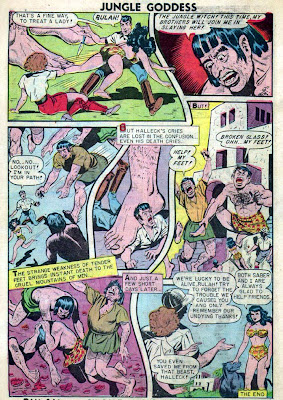 This is the final story from Rulah Jungle Goddess #18, so the entire issue has been presented here in the Catacombs during this very week, which sadly also saw the passing of golden age great Jack Kamen. Kamen died on Monday, August 5th, 2008, the very day after I posted "The Pigeons of Flame" story. Kamen had provided the cover art for the September 1948 issue which originally contained all three of these terrific Rulah jungle adventures.
Many condolences go out to his family, friends and fans
Posted by Chuck Wells at 2:26 PM