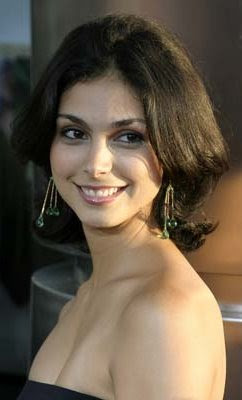 Morena Baccarin played Inara Serra, a Companion, or high-society courtesan licensed by the Union of Allied Planets (the "Alliance") on Joss Whedon's cult favorite but terribly too short-lived television series, Firefly and the subsequently released theatrical movie sequel, Serenity.
She was also reportedly one of the actresses who were being considered for the role of Wonder Woman.
Morena is slated to appear at Dragoncon in Atlanta, GA this weekend and your humble Catacombs host plans to drool all over her - - - provided security isn't paying too much attention when I make my move.
Posted by Chuck Wells at 9:48 AM