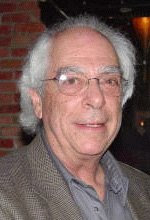 Michael Silberkleit, Chairman of Archie Comic Publications, died August 5th in New York City at the age of 76, after a short battle with cancer. For much of the 60 years he worked at Archie Comics, Silberkleit shared the leadership of the company with Richard Goldwater; their fathers, John Goldwater and Louis Silberkleit, had originally founded the company.
The two encouraged the development of new characters, such as Sabrina, the Teenage Witch, and Josie and the Pussycats, and they successfully licensed these and other characters through Archie Comics Entertainment. Silberkleit was also Executive Consultant on the TV series, Sabrina, the Teenage Witch, starring Melissa Joan Hart. The company also published licensed comic books, including Teenage Mutant Ninja Turtles and Sonic the Hedgehog. Mr. Silberkleit had served as chairman of the Comics Association of America.
Archie Andrews debuted in 1941, and the company currently publishes over 10 million Archie comics per year in a dozen languages worldwide.
Condolences go out to his family and friends.
Posted by Chuck Wells at 7:26 AM