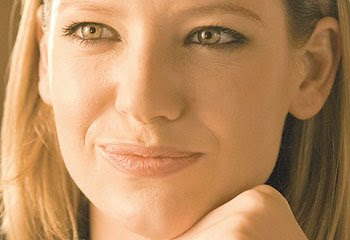 Anna Torv stars on creator J.J. Abrams newly debuted Fox TV series, Fringe, as FBI agent Olivia Dunham. The premise of the series has Agent Dunham involving a crackpot-genius scientist played by John Noble (Lord of the Rings: The Return of the King) and his estranged son, played by Joshua Jackson (Dawson's Creek). The three investigate peculiar events involving "fringe" science, such as mind control, teleportation, other dimensions, etc. Sorta X-Files, but with a twist, the premiere episode was topnotch and will be repeated this coming Sunday night (along with a spiffy preview of the upcoming motion picture remake of 'The Day the Earth Stood Still'; starring Keanu Reeves).
For genre fans who will have to wait until 2009 to see further episodes of Lost and Battlestar: Galactica, Fringe might just fill the void. Check it out!
Posted by Chuck Wells at 6:57 AM