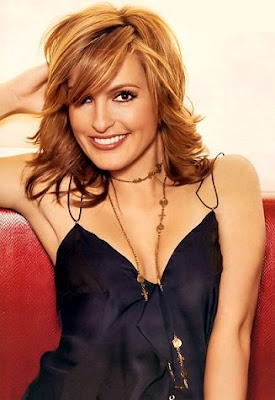 Since 1999, Mariska (pronounced = Ma-rish-ka) Hargitay has portrayed Det. Olivia Benson, the female lead in the drama series Law & Order: Special Victims Unit. Hargitay is the daughter of 1950's buxom, blond bombshell actress, Jayne Mansfield and former Mr. Universe Mickey Hargitay.
She has earned Emmy, Golden Globe and Prism Awards for her work on the popular series and been nominated multiple times for these and other awards.
Plus, she is a talented mega-hottie, even after having breast reduction surgery some years ago.

>even after having breast reduction surgery some years ago