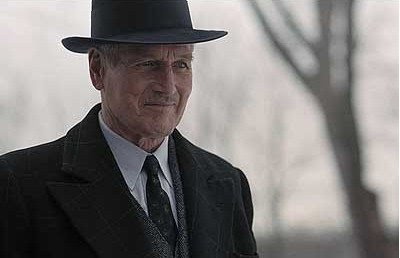 "You must choose a road for yourself" is a quote from Lone Wolf and Cub the Japanese graphic novel that inspired Max Allan Collins to write his own graphic novel, Road to Perdition (later adapted by director Sam Mendes for the 2002 film of the same name, starring Tom Hanks and Paul Newman as crime boss John Rooney).
Paul Newman has passed away at the age of 83 from cancer. His many wonderful movie roles are largely iconic and can't be adequately summed up by yours truly. He is the very essence of classic and will not be easily replaced on motion picture screens.
I thought that showing a photo from his appearance in the comic book inspired Road To Perdition, would be a nice way for the Catacombs to say goodbye to one of our greatest actors and humanitarians. He will be missed!
Condolences go out to his family, friends and uncounted masses of fans.
Posted by Chuck Wells at 12:24 PM