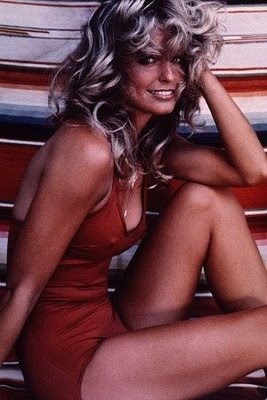 Easy pick this week with the sad news of one of the original Angels passing away. Farrah Fawcett (February 2, 1947 – June 25, 2009) shot to television immortality in the 1970's on Charlies Angels opposite Kate Jackson and Jaclyn Smith.
She led a storied existence and had numerous ups and downs with her career and personal life, but she held in there and earned her fair share of accolades and awards.
Many condolences go out to her family, friends and fans worldwide.
Posted by Chuck Wells at 2:05 PM

I never saw that version of the poster. I kind of like this one more. But I never had the original one anyway.