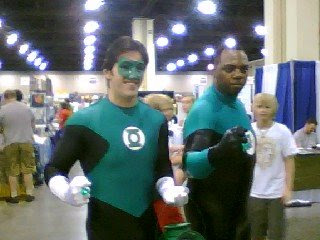 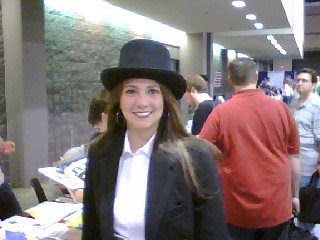 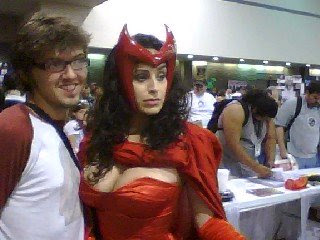 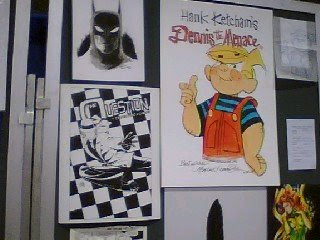 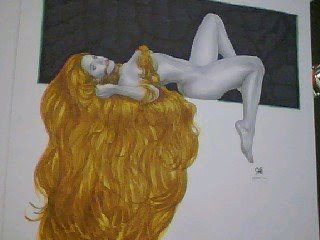 The second day of the show started early (we got onto the convention floor at 9:30 am), and ran late (the annual Charity Art Auction was still in full swing when we bailed at 11:35 pm), for some much needed rest.
This year the bargains were a bit more difficult to find, but they were there (you just had to look harder). Strangely, some of the best deals to be had were on original art. I guess that the economy could be credited with this situation, as several artists were offering their pages for affordable prices. The commissions for name artists still seemed par for the course, but Heroes Convention featured "Indie Island" for the fifth straight year. Indie Island is a mini-pavilion within the larger show that is primarily devoted to small press, self-published and independent comics and books. Original artwork and sketches could really be gotten here for money that wouldn't bust your wallet, and the quality of these pieces was very high indeed.
Your photo glimpses into Day 2 of the show offers talented costumers as members of the Green Lantern Corps, Zatanna of the JLA and the Scarlet Witch, and if my hands hadn't been shaking so bad when I snapped these pics of "Z" and Wanda, you would have been better able to appreciate just how smoking hot these gals were. Long legs, curvy figures and bodacious bosoms were the order of the day. There were about a dozen really cute young women decked out as genre characters throughout the show (and somebody else, preferably female, can blog elsewhere about the guys in costume). At least I've shown one photo to represent them, too.!
The last couple of photos were taken at the art auction, with one showing a portion of the dozens of art pieces that were done live at the show by artists like Cully Hamner, Marcus Hamilton & Allison Sohn, or donated by the guests. The highest bid was earned by Frank Cho's incredible illustration of Medusa (au naturel) of the Inhumans. It fetched a whopping $4750.00. I will touch on the art auction more tomorrow when I will be back with a final photo wrap-up of the last day of the show and some of my personal thoughts of Heroes Convention 2009!
Posted by Chuck Wells at 8:17 PM